Postlethwaite & Netterville, APAC (P&N), is proud to announce its 2022 promotions. A total of 70 employees have been promoted within the firm. 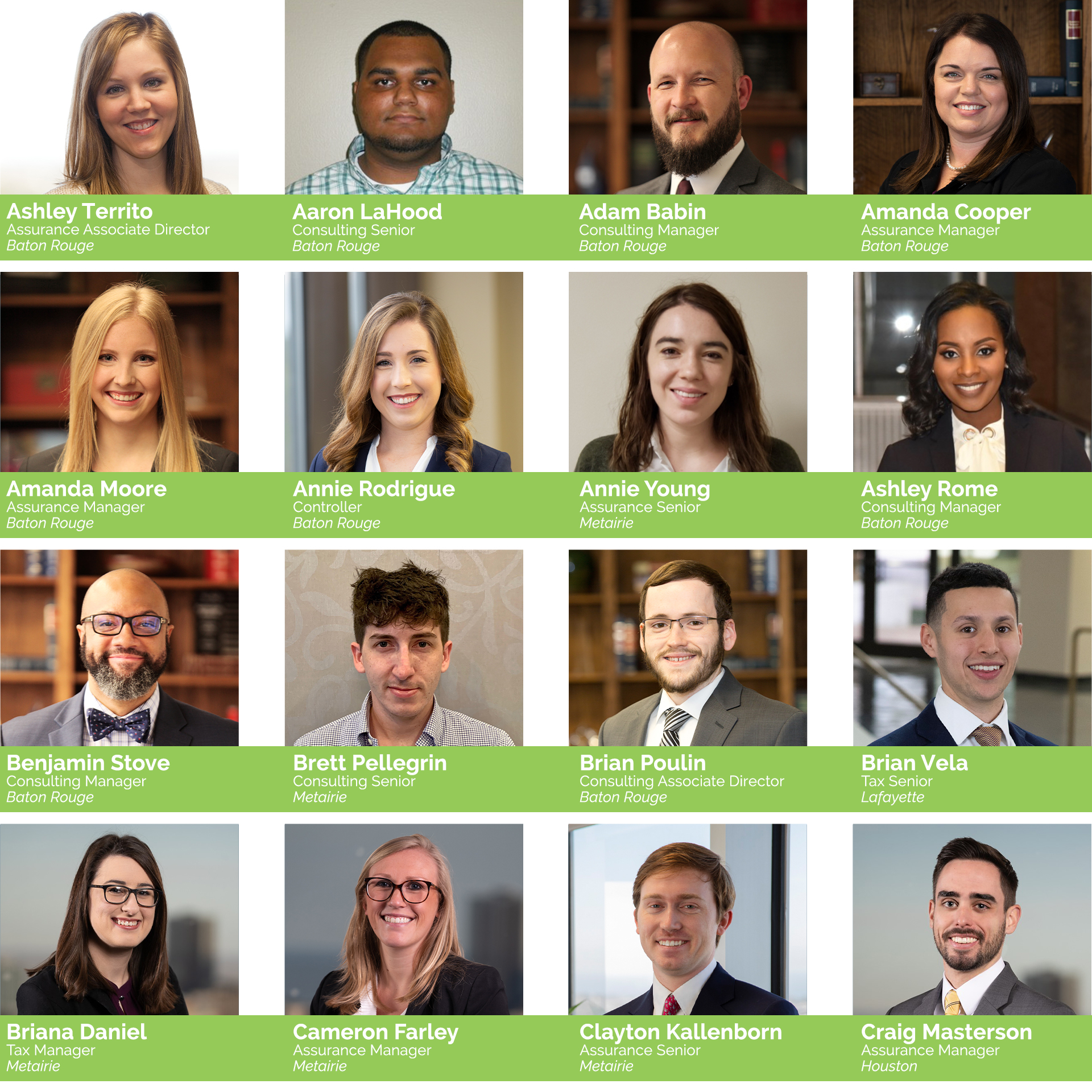 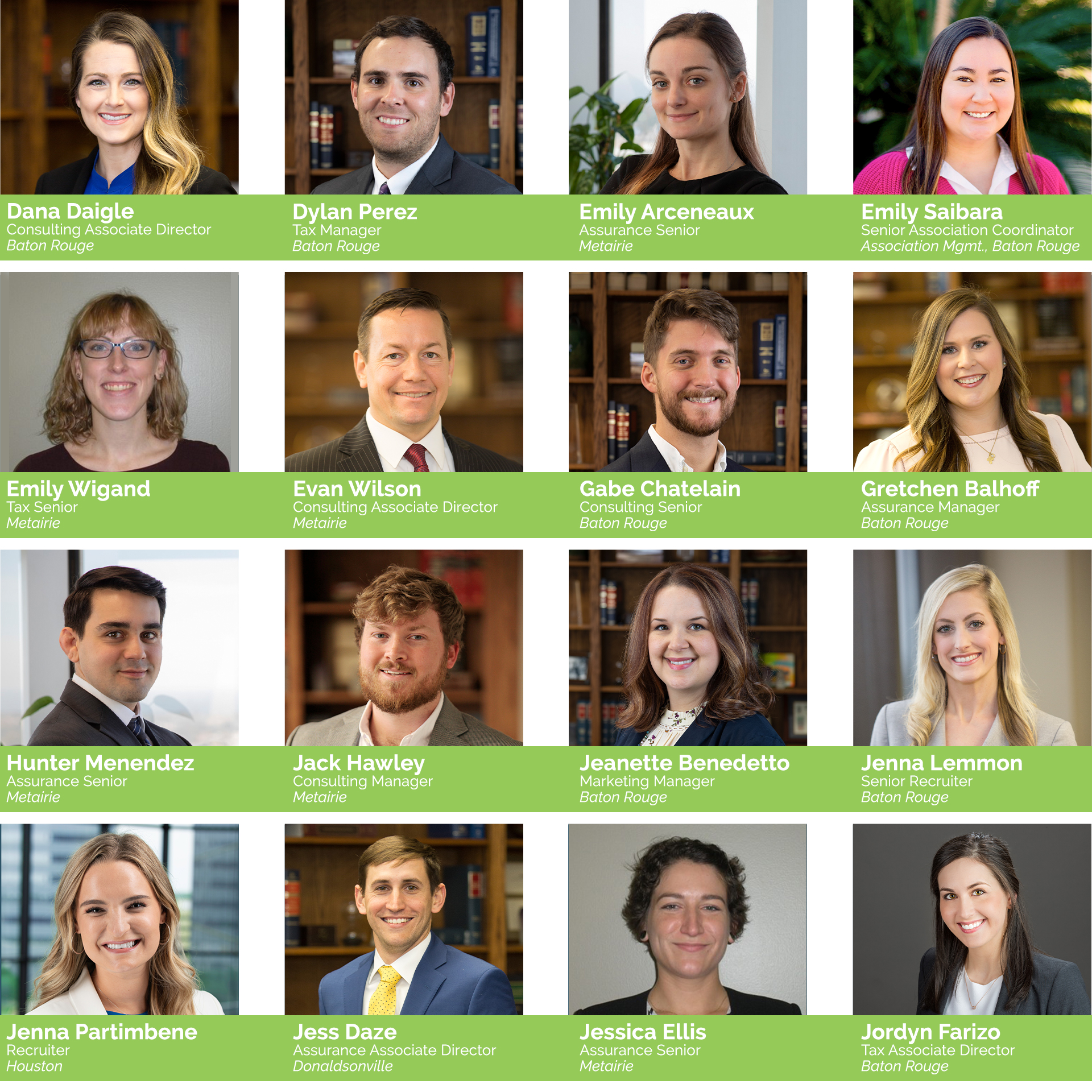 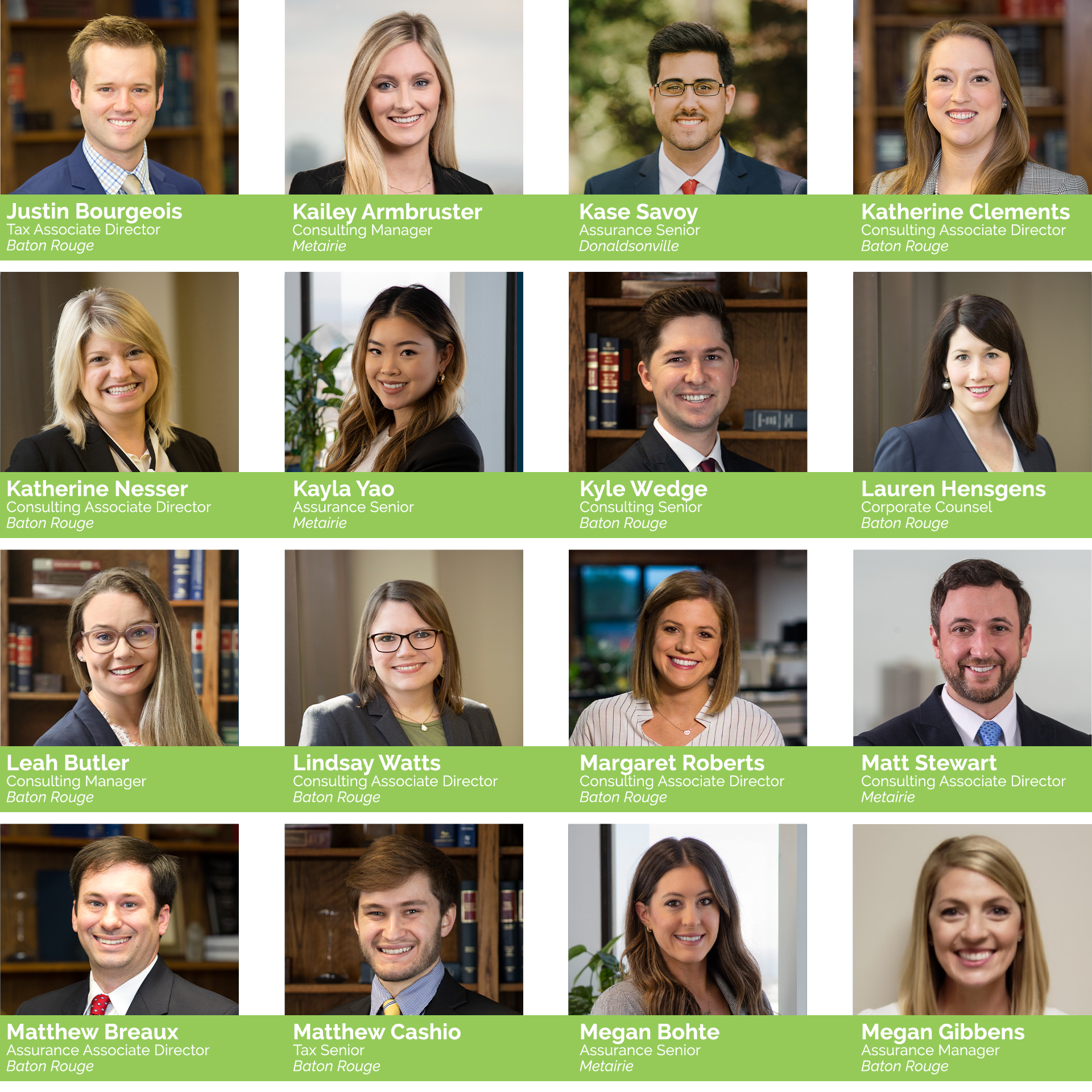 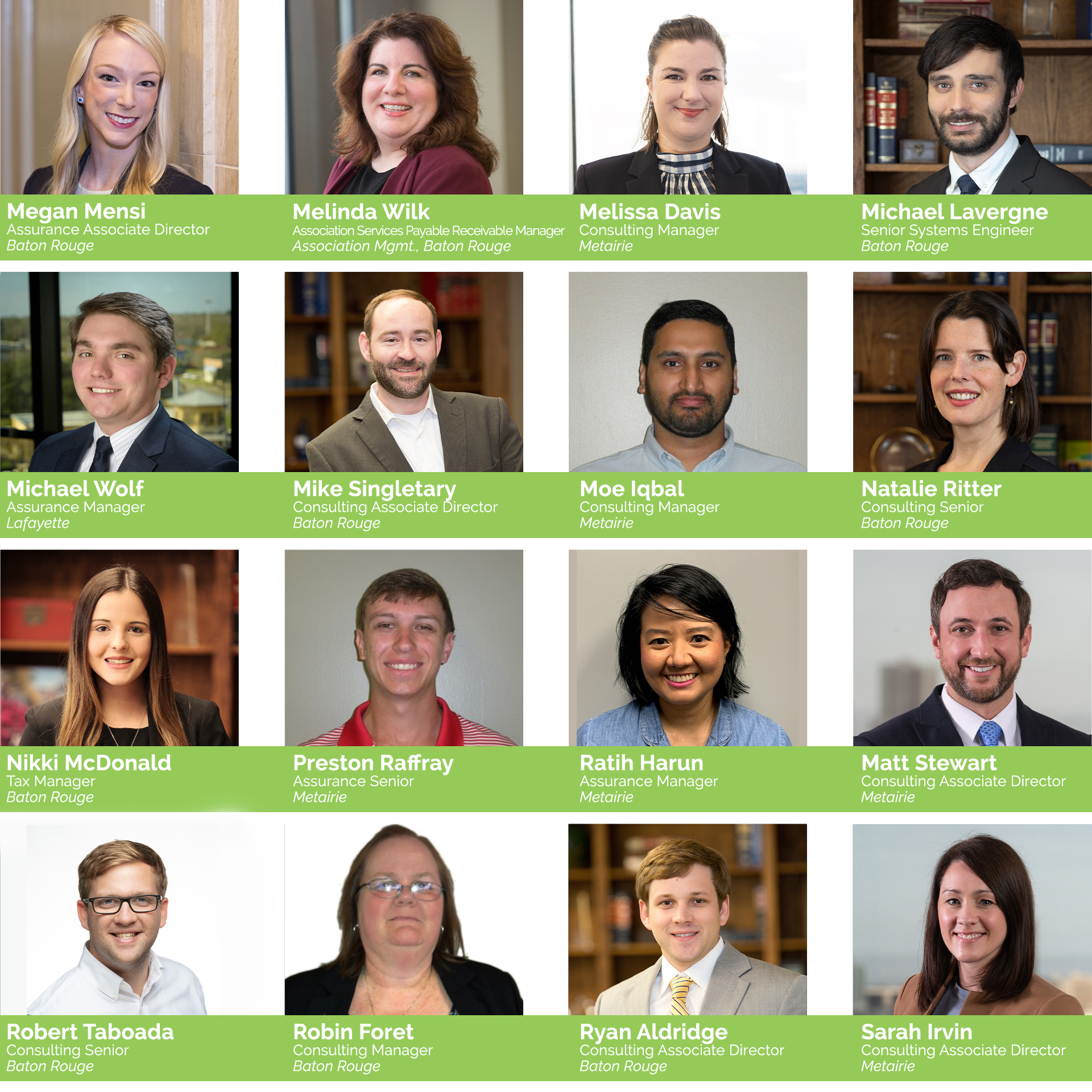 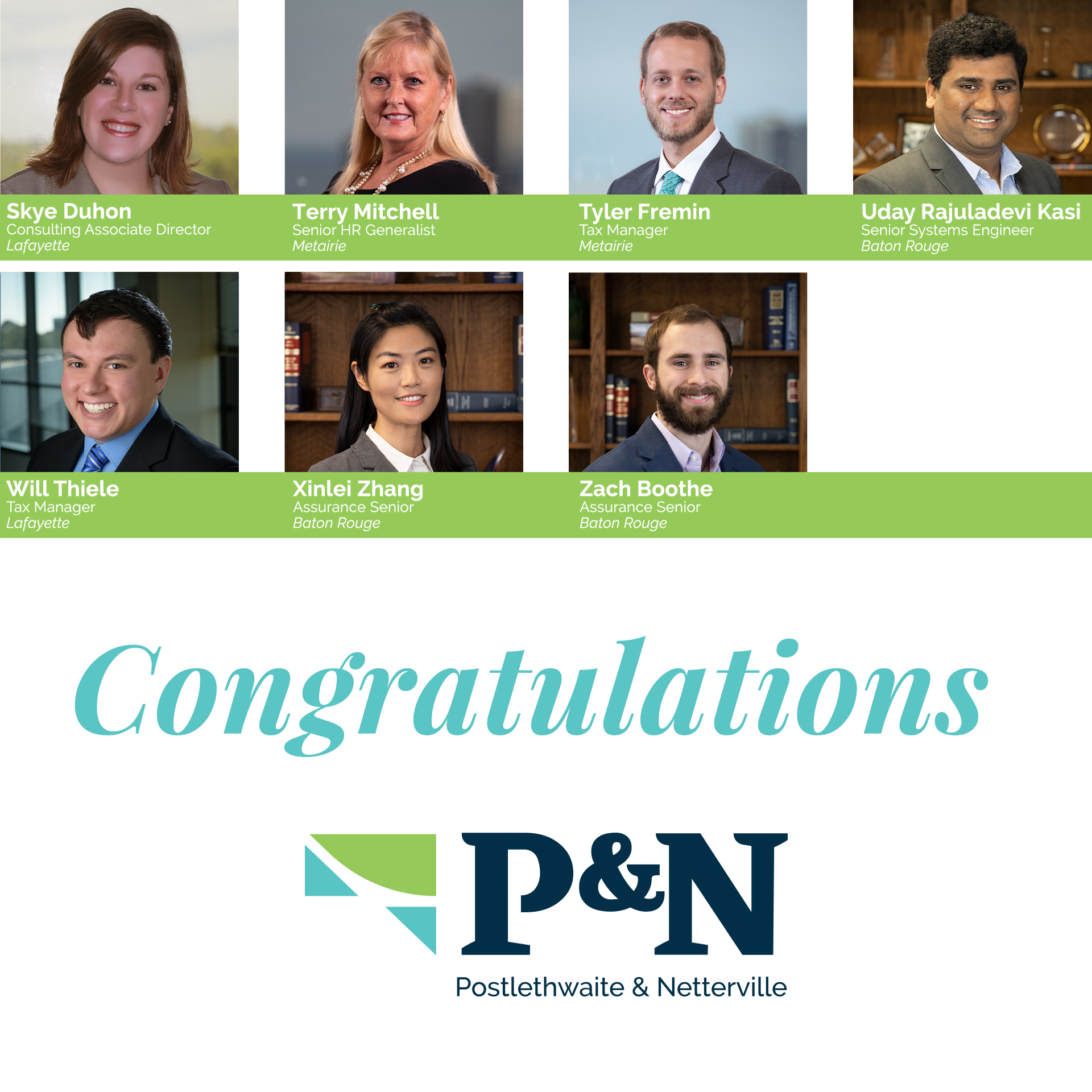 Promotions in the Baton Rouge office include:

Promotions in the Metairie office include:

Promotions in the Lafayette office include:

Postlethwaite & Netterville, APAC (P&N) helps businesses and individuals across the country shape clearer paths forward. Backed by 70 years of experience, we are one of the largest CPA and consulting firms in the Gulf Coast region and the only Top 100 U.S. firm based in Louisiana. With over 500 professionals providing assurance, tax, consulting and technology services, we have one purpose: creating clear, simplified pathways for clients' success. Learn more at www.pncpa.com.